New Twitter owner, Elon Musk, a few hours ago asked Twitter users if he should reinstate former US President, Donald Trump’s account and he got more yes than no.

The former US president, who had more than 80 million followers, was permanently suspended from Twitter on January 8th 2021 following the attack by his supporters on the US Capitol that left several people dead.

Taking to his Twitter account on Friday evening November 18, Musk set up a poll with the question; ”Reinstate former President Trump” and the options were Yes or No.

The Twitter boss accompanied it with the words: “Vox Populi, Vox Dei” – a Latin phrase meaning “the voice of the people is the voice of God”.

The poll for now, shows more people want Trump reinstated as it got more Yes than No. 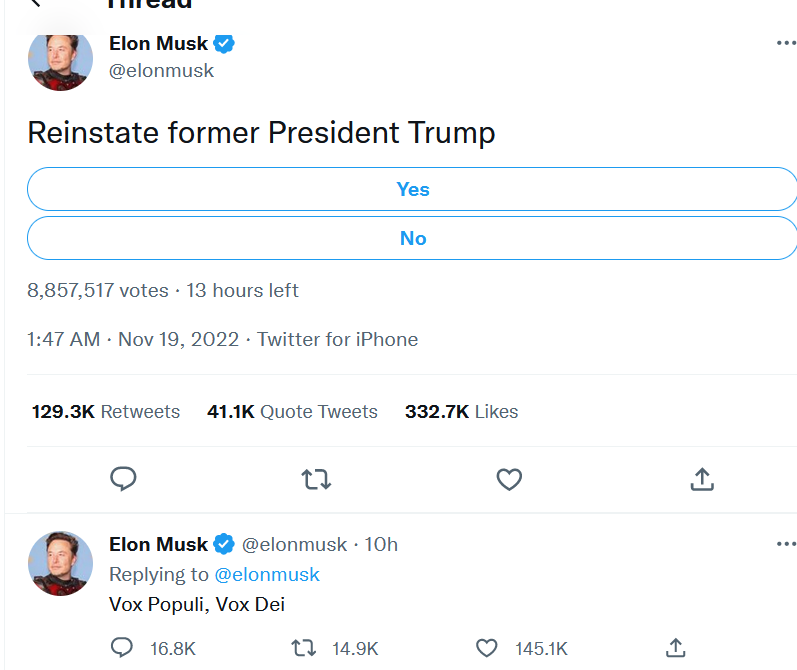 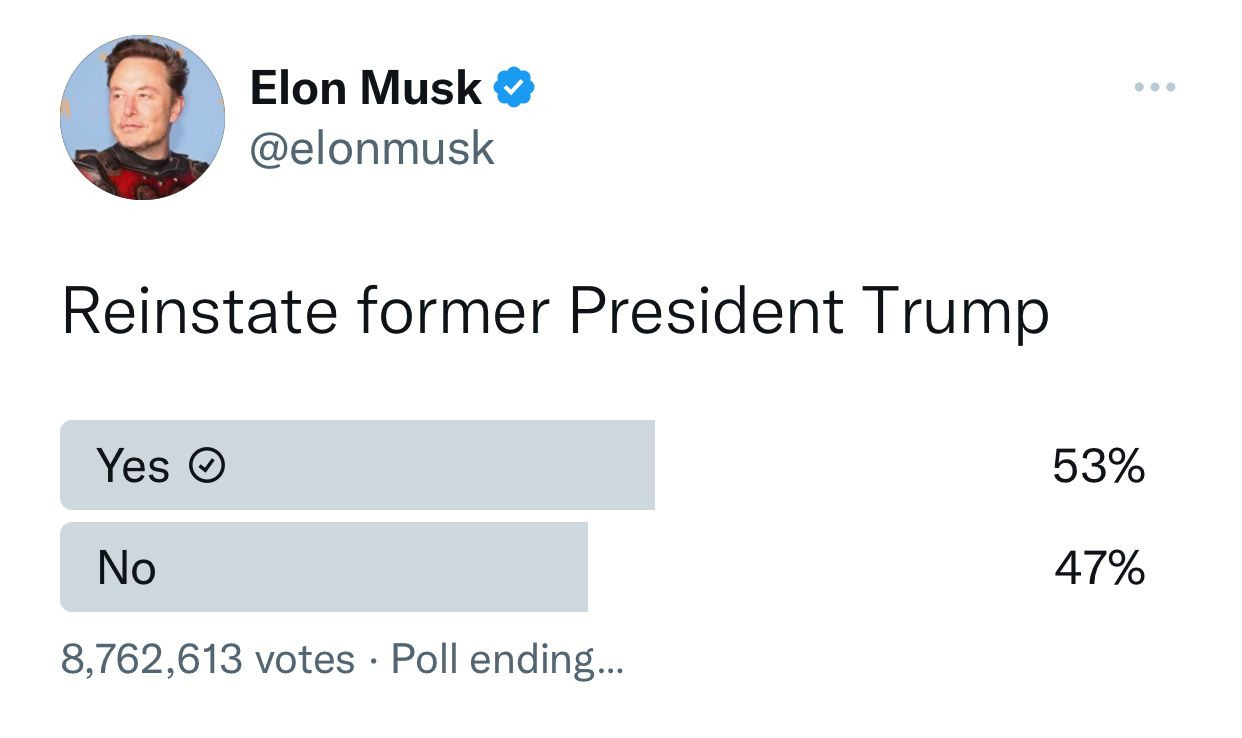