The organisers of 2022 Headies Awards have disqualified fast-rising singer, Habeeb Okikiola, popularly known as Portable over his recent controversies.

Recall that last month, the controversial singer made a threat in a viral video that he would kill or cause harm to the other nominees in the same categories of awards he was nominated for – ‘Rookie of the Year’ and ‘Best Street-Hop Artiste’ – if he doesn’t emerge winner.

Last week, he was embroiled in another controversy after he went online to boast about forming Ajah Boys and One million boys, a notorious cult group terrorizing some parts of Lagos State.

The controversial statement forced the Inspector General of Police, Usman Alkali Baba, to order an investigation into the claims.  However Portable quickly retracted his statement, claiming that the One Million Boys he referred to in the viral video are his fans and not any cult group .

While Police investigation is still ongoing, the organisers of 2022 Headies Awards have now decided to disqualify him as a nominee at the forthcoming 15th Headies Awards.

According to the award organizers; “The music industry demands all-round excellence, and it is extremely important for young artists being potential role models to exude professional responsibility, proper decorum and have respect for others.”

Read the full statement below… 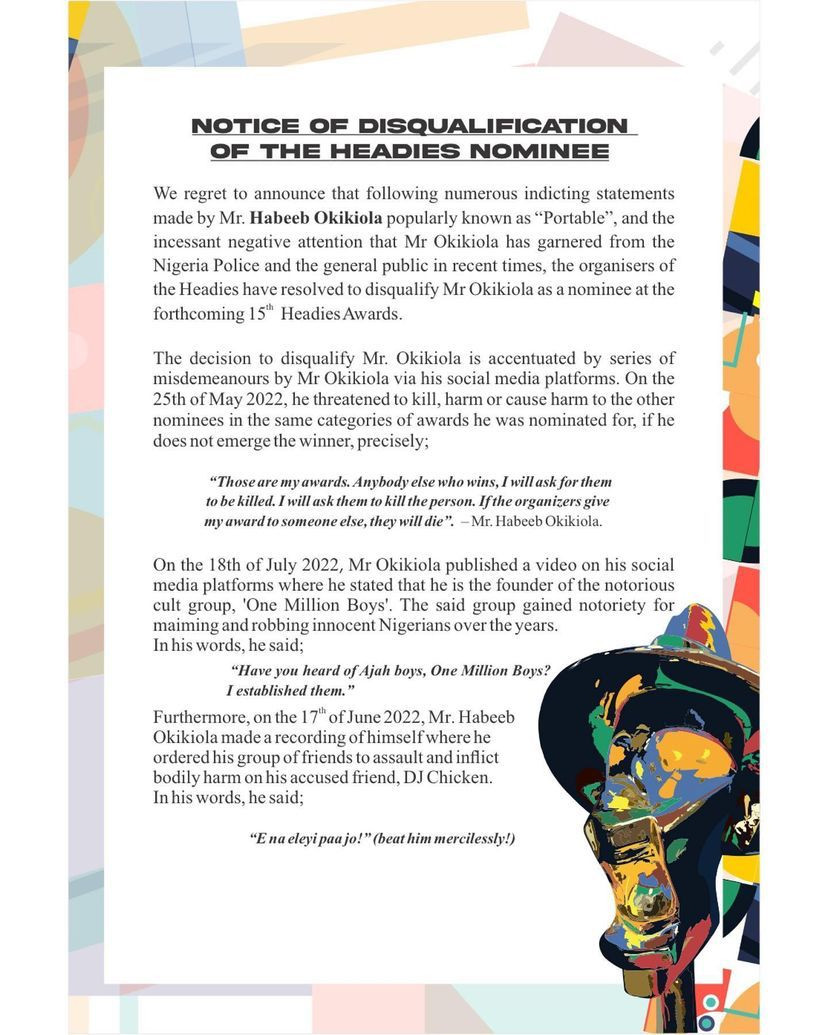 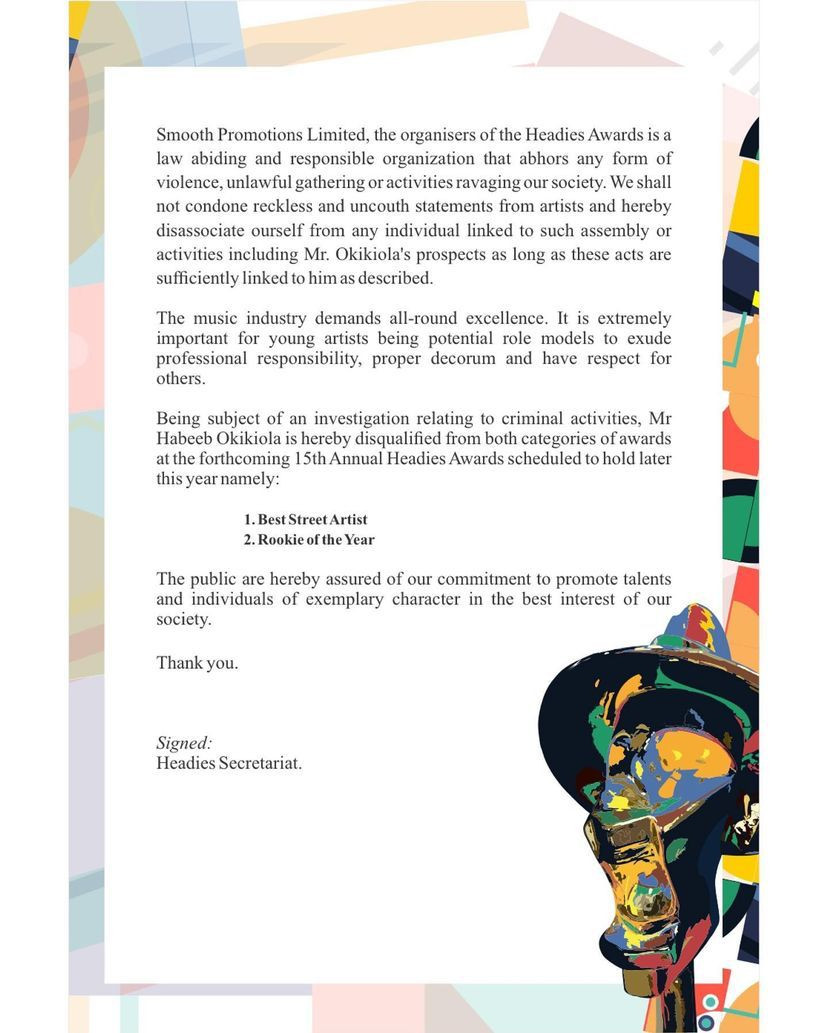