The Tesla Inc chief executive officer and world’s richest person had tweeted that he was purchasing the club, in a thread joking about his political allegiances.

“No, this is a long-running joke on Twitter. I’m not buying any sports teams.” Musk posted when asked if he was serious about buying the club. 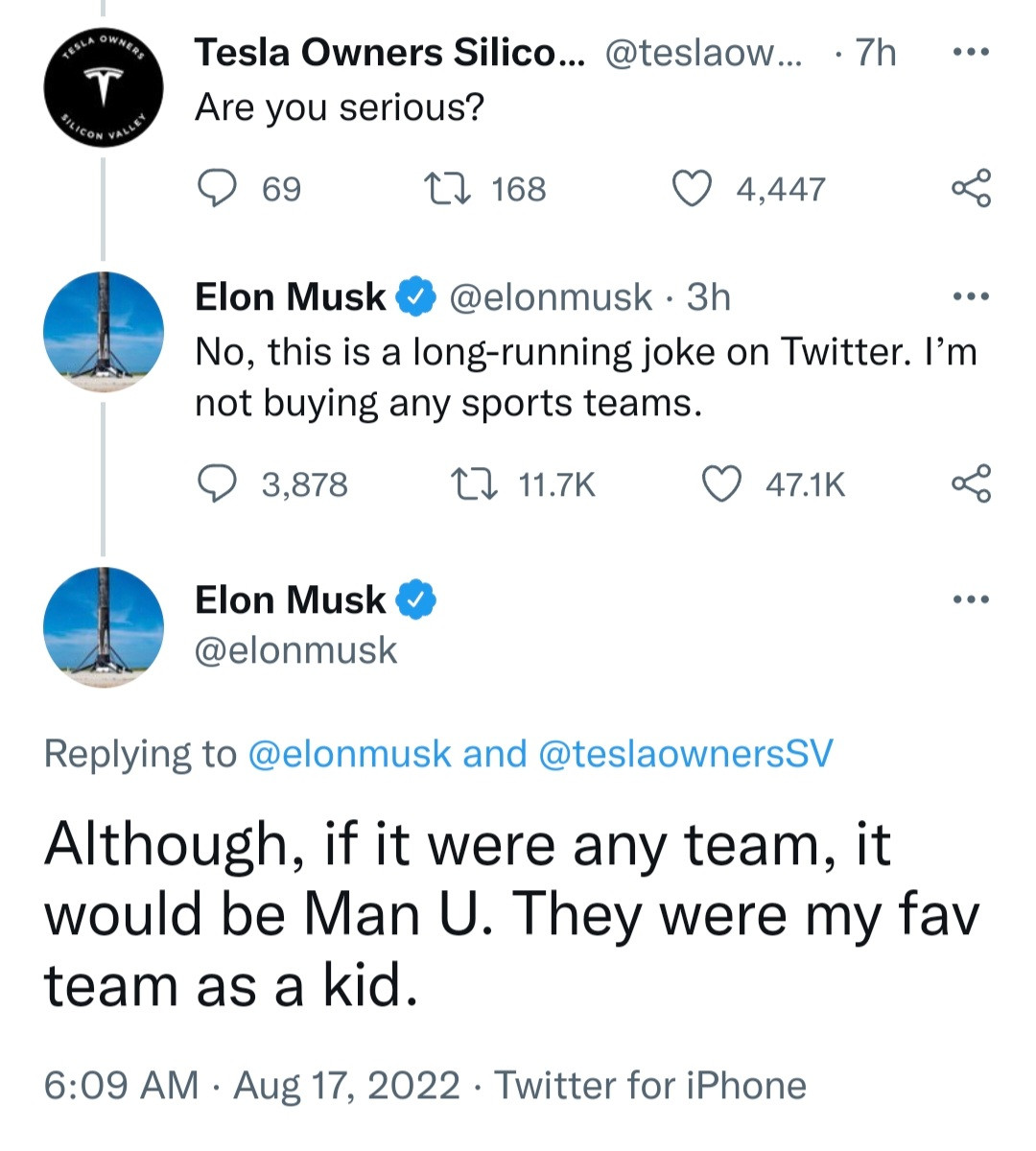 The Premier League side have been in poor form and recently crashed to a 4-0 defeat against Brentford on Saturday August 13.