A driver has crushed an official of the Lagos State Traffic Management Authority, Jamiu Issa, to death in the Lekki-Ajah area of the state.

The motorist was driving against traffic when Issa tried to apprehend him for the traffic offense but the driver rammed into him.

Issa was rushed to the hospital where he was confirmed dead.

The Sienna driver was chased by witnesses as he tried to flee the scene. In the process, he also knocked down another person before he was apprehended.

Loved ones have taken to Facebook to mourn the deceased officer. 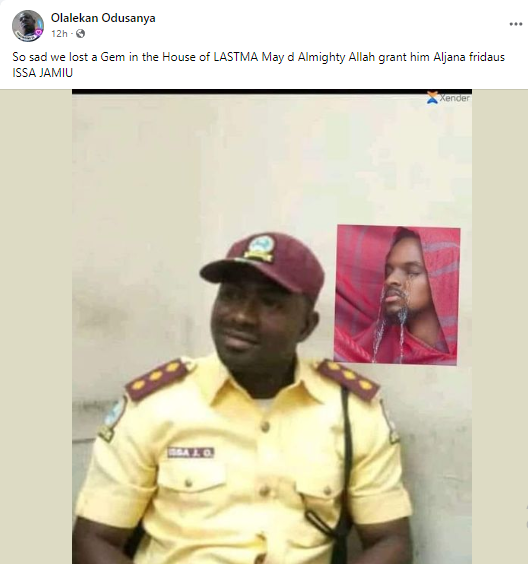