The 28-year old achieved the record with two penalties and an injury-time goal on his 103rd appearance for Brazil at Lima’s National Stadium last night.

He celebrated the third goal by holding up the No 9 with his hands in what appeared to be a tribute to Ronaldo, the former Barcelona, Real Madrid, and Corinthians legend. 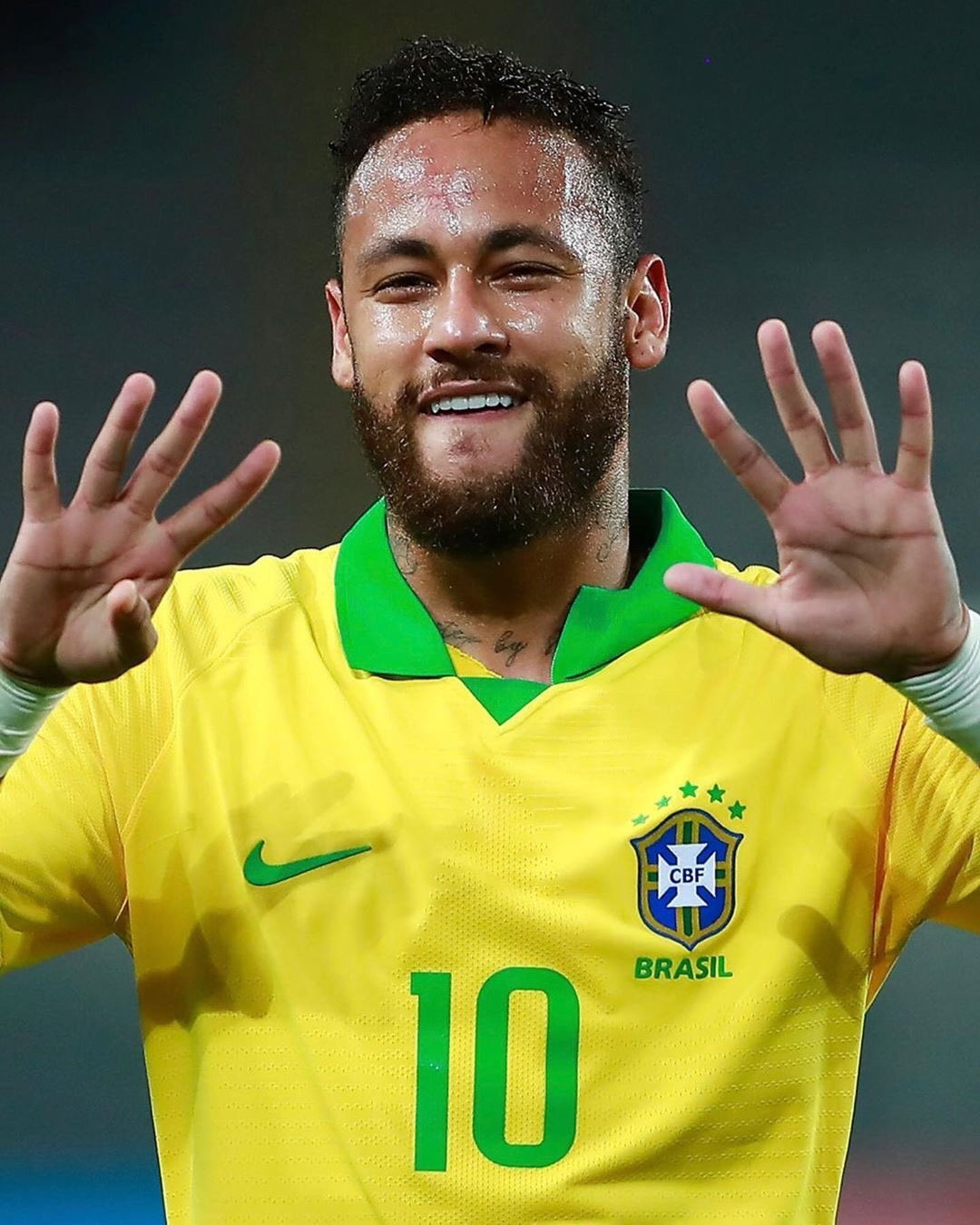 He now has 64 goals, two more than Ronaldo and 13 behind Pele, who heads the list with 77, according to the count by the world governing body FIFA.

Brazil coach, Tite said after the game: ‘What I can say is Neymar has this unpredictability. He is the bow and the arrow, he’s a player who both makes and takes chances. And he gets better and better, and more mature.’